Tan Jee Say: How much did Temasek, GIC lose? 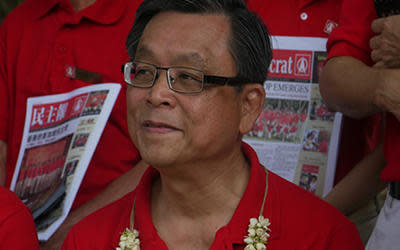 Singapore Democratic Party's (SDP) candidate Tan Jee Say has hit back at criticisms by PAP Ministers over remarks that the S$60 billion cost to implement his economic plan was no "small change".


"Let me ask the honourable minister, did you ask the Government Investment Corporation (GIC) and Temasek Holdings how many zeroes there were in the tens or hundreds of billions of dollars they lost in bad investments?" Tan said, referring to an earlier remark made on Thursday by DPM Teo Chee Hean.
"Till now Singaporeans have not been told the true figures of their investment losses. Whether it was in the tens of billions or hundreds of billions? But their refusal to disclose the figures can only mean that it was not small," said Tan.
"That minister, is not small change, it is lost. But the S$60 billion that I have proposed will remain invested in Singapore schools, hospitals, polyclinics…and many other public ventures to benefit Singaporeans," he added.
Tan -- who was the former principal private secretary to then DPM Goh Chok Tong -- was speaking to an estimated crowd of 3,000 at Jurong East on Friday.
The investment adviser, 57, was defending his National Regeneration Plan, which will cost an estimated S$60 billion to implement, to develop Singapore into a "full-fledged integrated services hub for the region".
He argues that the plan could be financed either by selling a portion of assets from Temasek Holdings or through the national reserves.
Tan also took issue with a remark by Minister for Community Development, Youth and Sports, Dr Vivian Balakrishnan, that it takes at least a decade to accumulate S$60 billion.
The former civil service high-flier, who spent six years in the Ministry of Trade and Industry (MTI) , claims that from 2006 to 2008, the general government finance had recorded a surplus of S$75 billion.
"That is $15 billion more than my proposed S$60 billion fund and that took place in three years, not ten years as you thought wrongly," said Tan.
Instead, Tan hit back at Dr Balakrishnan for the "overblown" Youth Olympic Games (YOG) budget.
"Tell us how you overspend the YOG budget by over S$300 million? That to us is not small change. We are waiting for your accounts," said Tan.
"Let me give you a bit of advice, Mr Minister. Manage your own ministry's budget well first before you comment about the figures of other people."
Tan is part of the four-member team that will contest the ruling People's Action Party (PAP) team led by Dr Balakrishnan in the Holland-Bukit Timah GRC in the coming General Election.
The rally's last speaker for the day, Dr Vincent Wijeysingha, 40, also weighed in on DPM Teo's comments that the reserves gave Singaporeans a sense of "comfort".
"The reserves are money; they are not there to give us confidence and comfort. Teddy bears are there to give us confidence and comfort," he said.
"Money is there to be invested for the future of the people of Singapore. And it is a very basic idea when the business is doing well, when you're strong, when your reserve is large, you invest for the future," said the social worker.
"When you're in a weaker period, you draw back, you close it, you consolidate. We are in a strong period now," he added.
At the rally, the SDP candidates also pressed on the issue of education, reiterating its stand for smaller-class sizes and a change in the mentality of the country's education system.
Posted by Helluo Librorum at 11:24 AM