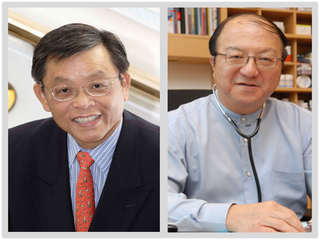 Mr Tan Jee Say’s pedigree is impressive: he is a graduate of Oxford University having read Politics, Philosophy and Economics at the University, headed the economic and manpower planning unit in the Ministry of Trade and Industry from 1979 to 1985, and also worked closely with the late Dr Albert Winsemius, an illustrious foreign economic adviser to the Singapore Government.

Mr Tan is a Chartered Fellow of the Chartered Institute for Securities & Investment and between 1985 – 1990 served as the Principal Private Secretary to the then Deputy Prime Minister Goh Chok Tong.

Mr Tan first caught the attention of the public when he presented a 45 page paper on Singapore’s economic growth at a TOC forum earlier this year on the Singapore Budget. Mr Tan’s publication was praised by the former Head of the UK Civil Service Lord Butler as “a thorough and well-argued piece of work that deserves the attention of policy makers”. (See TOC report here.)

In it, Mr Tan argued that the Government’s focus on productivity failed to address the root problem of an influx of poorly skilled foreign labour:


“To focus on raising productivity as a key economic strategy, an old and discredited strategy adopted by the government since the early 1980′s, is like putting the cart before the horse – can we expect it to succeed when it has failed to do so in the last 30 years with productivity continuing to be stuck in the lows to this very day in spite of all the high-sounding campaigns by high-level productivity councils?
Rather we should focus our minds on economic policy because it is bad economic policy that has resulted in Singapore’s heavy dependence on foreign unskilled and low-skilled workers that in turn pulls down labour productivity.”
The SDP’s next catch is veteran grassroots leader, psychiatrist, and military man Dr Ang Yong Guan. Dr Ang served as a psychiatrist with the Singapore Armed Forces for 17 years from 1986 to 2003 and retired from the SAF as a Colonel, holding the appointment as the head of Psychological Medicine Branch (currently known as Psychological Care Centre) at the Military Medicine Institute, HQMC.

Apart from his impressive credentials in the military, Dr Ang was the president of Singapore Psychiatric Association (1997-1998), chairman of the Chapter of Psychiatrists, Academy of Medicine (2001- 2003), founder/chairman of Action Group for Mental Illness (since 2004), member of National Council on Problem Gambling (since 2005), and member of Clinical Advisory Committee for Chronic Disease Management Programme (since 2009).

He is currently in private practice at Paragon Medical. He is also a Visiting Consultant to the Institute of Mental Health and Woodbridge Hospital.

Dr Ang Yong-Guan graduated from the National University of Singapore in 1979 with a medical degree and did his post-graduate training in psychiatry at the University of Edinburgh from 1984 to 1986.
Posted by Helluo Librorum at 10:14 AM