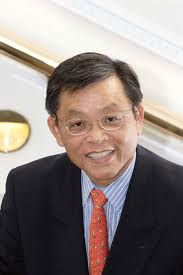 In a stunning development which sends shockwaves throughout the establishment in Singapore, Mr Tan Jee Say, a former Principal Private Secretary to then Deputy Prime Minister Goh Chok Tong from 1985 to 1990, has joined the Singapore Democratic Party.

Mr Tan is the most senior member of the establishment to join the opposition since Mr Francis Seow, a former Solicitor-General of Singapore contested the 1988 General Election against the PAP on a Workers Party’s ticket.

The youngest of nine children of a sailor and a washerwoman, Mr Tan went to Oxford University on an Overseas Merit Scholarship. He left the Administrative Service in 1990 to join investment bank Morgan Grenfell Asia, before moving into fund management.

Now a private investor, he joined the opposition because he is dismayed at the direction Singapore’s society and economy have been heading in recent years, he told the state media.

“The economic policies that are being pursued now will undo all that we have achieved in the past 30 to 40 years and will lead to social disintegration…..Throughout society, people feel something is just not right,” he added.

Due to the PAP’s ultra-liberal and pro-foreigner policies, foreigners now make up 40 percent of Singapore’s population, up from 14 percent in 1990. Of the remaining 14 percent who are citizens, an increasing number is born overseas.

The PAP’s perennial obsession with GDP growth has also led to a widening income gap between the rich and the poor in Singapore, an unhealthy development whose impact was downplayed by the PAP.

According to a Wall Street journal editorial in January 2010, the relentless influx of foreigners has depressed the wages of ordinary Singaporeans, increased the cost of living, especially that of public housing and led to an overall decline in the quality of life.

Mr Tan says he may contest in either Holland-Bukit Timah or Sembawang GRC with his friend Dr Ang Yong Guan, a psychiatrist in private practice.

SDP’s ‘capture’ of such highly qualified candidates to contest in the coming general election marks a remarkable turn-around in the party’s fortunes after it faced an uncertain future in the aftermath of the 2006 election with a series of defamation lawsuits launched against it by PAP leaders.

With public anger against the PAP at an-all time high, there is a possibility that the political tsunami which hit Malaysia in 2008 may arrive in Singapore in 2011.
Posted by Helluo Librorum at 3:04 AM