The much vaunted PAP cream is flawed 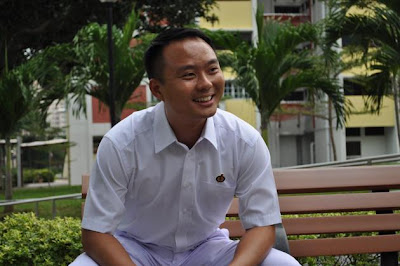 The People's Action Party candidate who dropped out of the elections at the last minute has dismissed online speculation about the reasons why he suddenly pulled out and says his "conscience is clear".

Steven Tan Peng Hoe, who was expected to run in the Tampines Group Representation Constituency, withdrew his candidacy at the 11th hour late on Tuesday night, citing "personal reasons".

Rumours on internet forums said his decision could be down to harrassment issues when he was working at the National Trade Union Congress (NTUC) umbrella union. Allegations have been made against him by  former female colleagues while letters have also reportedly been sent to the Prime Minister's Office.

But the 37-year-old, who is married, told The Straits Times that he "absolutely refutes" the rumours.

"I did not have an ideal love story or love life, and I dated people. But my conscience is clear. I took a long time to decide who to spend the rest of my life with, but I'm very happy that I'm now married to her," said the unionist, who married his wife, Sarah, in late 2009.

Explaining his decision to withdraw his candidacy, he said, "There are so many pressing issues, so many debates to resolve. I don't want this campaign to be about me."

He also said the decision was made after consulting his wife, "who is fully behind" him.

Mrs Tan, 38, who is a volunteer, questioned the timing of the allegations and said they caught the couple off-guard.

"I don't know why they were made. But I know Steve, and am fully behind him. And I will support him in whatever decision that he makes," she said.

Speaking to Yahoo! Singapore, Tan said that he could not comment on whether he would still continue doing work under the PAP banner. However, he said he plans to continue with his work and daily life.

On Wednesday, PM Lee addressed the issue during a press conference and said the PAP "were unaware" of Tan's issue until the last minute but were prepared to make final-hour adjustments.

PM Lee said he did not want go into details about why he withdrew except that it was a "personal decision" by Tan which the PAP "accepted".

PM Lee said the party and Mr Tan could have "pretended there was no problem and just carried on".

"But Steve Tan is honourable, we are (as well), and we decided that awkward as it is, we just had to go through with this and made the last-minute change and explain to people: I'm sorry, something has come up...we have had to make a change," said the PM.

Separately, Labour chief Lim Swee Say said Mr Tan was put up as a candidate "based on our knowledge of his track records over the last 10 years".

When he was first introduced to the media, Tan said he was a grassroots volunteer at Tampines East and helped out at Meet-the-People Sessions, among other activities.

A business graduate of the Nanyang Technological University, he also helps to manage the community website, My Tampines.

He had said that he sees being an "ordinary guy" as a strength.

"When I'm doing my union work, this is one aspect I love: I hang out at the same places and do the same things as my workers... we eat roti prata at Jalan Kayu together," he said. "It will make it easier for me to relate to voters," he said.
Posted by Helluo Librorum at 2:01 PM