Prof Christopher Balding: Singapore, Inc. - Just when you thought it couldn't get any worse 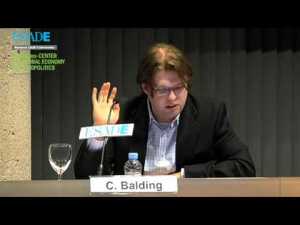 This past weekend, I had the pleasure of meeting with Kenneth Jeyaretnam, the Secretary General of the Reform Party, who wanted to better understand exactly what I was claiming about Singaporean public finances and the factual basis for such claims.

A former banker and hedge fund manager, he has spent his professional life analyzing finances and numbers. Skeptical of my analysis about the perilous nature of Singaporean public finances and the blatant misrepresentation with regards to Temasek and GIC, he quizzed me about the numbers and whether I had considered different scenarios that might explain the discrepancy. Near the end of our time together having exhausted the numbers and possibilities, he simply sits up in his chair and says “well, this is a problem.”

However, since this meeting, I have come to realize that the problems are significantly bigger than even I initially believed. One of the main questions from people is whether the “surpluses” reported by Singapore are actually surpluses. Thanks to my own additional searches and data provided by Kenneth Jeyaretnam, the data looks even worse than expected. Let me explain why.

I need to make a brief detour to explain an important point about these numbers. The first set of numbers from the IMF records “operational” revenue, expenditure, and surpluses. The second set of numbers from the IMF records “general” revenue, expenditure, and surpluses. Think of the difference between these two numbers like this. ”Operational” revenue records how much money you make at your job (revenue), how much you spend (rent, car, food as expenditure), and how much you save from your job (surplus). ”General” revenue also records income from your past savings.

However, according to the IMF general government numbers which is given to the IMF by the Singaporean Ministry of Finance, from 1990 to 2010, the Singaporean accumulated surplus totaled $429 billion SGD. That general number which includes revenues from historical reserves (Temasek and GIC) is more than 50% larger than the operational budget surplus!!

There are a couple of points that need to be mentioned. First, from 2003 to 2010 the differences between the three different surplus numbers is quite small. However, from 1990 to 2002, the differences between the IMF general government surplus and the other budget numbers are enormous. From 1990 to 2002, the Singaporean government claimed to have an accumulated surplus of $151 billion SGD while the IMF general surplus totaled $311 billion SGD!!

So what accounts for the enormous difference? A simple accounting policy change. To avoid publicizing its revenue from historical reserves (Temasek and GIC), the Singaporean government only published domestically its operational surplus which explains why it so closely matches the IMF operational surplus. However, it shifted to the IMF standard for reporting government revenue in 2003 which covers all government revenue including revenue from such factors as Temasek and GIC. This means that the Singaporean government from 1990 to 2002 was deliberately and systematically under reporting its revenue to its citizens in its domestic accounts.

Second, this drastically, DRASTICALLY, changes the estimate for how much money Singapore, Inc. should have sitting in the bank. If we only change our estimates to use the IMF numbers which cover general revenue back to 1990, the Singapore budget numbers from 1980 to 1989, and the increases in borrowing from 1980 to 2010, then use the GIC reported earnings of 7% over this time frame, Singapore, Inc. should be sitting on $2.1 trillion SGD. Let me repeat that in case you are not absolutely shocked.

Using Singaporean provided numbers on budget surpluses, borrowing, and returns: Singapore, Inc. should have more than $2.1 trillion SGD in the bank right now. TRILLION. RIGHT NOW!! It currently reports only about $700 billion SGD.

This represents either the largest single example of financial mismanagement, fraud, government obfuscation, or graft in human history. Whether this money is not publicly reported, gone to money heaven, or is sitting in a Swiss bank account, the discrepancies are enormous and appalling.

Hopefully, Kenneth Jeyaretnam and the people of Singapore will find answers from their so-called democratic leaders. This level of financial obfuscation cannot be allowed to continue in a supposed democratic and transparent country.

Rather than continuing to ignore the discrepancies in their own data, we can only hope that the Singaporean government will move to address these concerns.


Here is a table of the hypothetical increase in Singaporean assets under management. The first column comes directly from Statistics Singapore. The second column comes from the IMF by way of the Singaporean Ministry using a slightly different accounting method as noted above. The assets under management are assumed to grow by 7% every year since we do not know the year to year growth but only the long term annualized average that GIC has reported. I chose the GIC average because Temasek’s annualized average over the same period is even higher.

To a degree it doesn’t matter whether you believe the IMF numbers or the Statistics Singapore numbers, there is an enormous amount of money missing.


*The writer is a professor of business and economics at the HSBC Business School at the Peking University Graduate School. An expert in sovereign wealth funds, he has published in such leading journals as the Review of International Economics, the Journal of Public Economic Theory, and the International Finance Review on such diverse topics as CDS pricing, the WTO, and the economics of adoption and abortion. His work as been cited by a variety of media outlets including the Wall Street Journal and the Financial Times. Prof Balding received his PhD from the University of California, Irvine and worked in private equity prior to entering academia.


TR Emeritus Editor’s note: Kenneth Jeyaretnam has emailed the following to TRE confirming the meeting between KJ and Prof Balding. Readers who have concerns or questions about Singapore’s asset and reserves can contact KJ at his contact below:

I spent two days with Chris Balding in Hong Kong and China going through the figures with him and gave him the figures on government assets and liabilities. I also pointed out the fact that the general government surplus does not correspond to the growth in net assets as one would expect. He is a well respected expert on sovereign wealth funds so I think that this time the government will not find it so easy to ignore our concerns. Any Singaporeans who have further ideas or information or are concerned should email me at kjeyaretnam@gmail.com or call me on 91461976.

Posted by Helluo Librorum at 8:01 PM