Kenneth Jeyaretnam: A Tale of Two CEOs and Shareholder Democracy 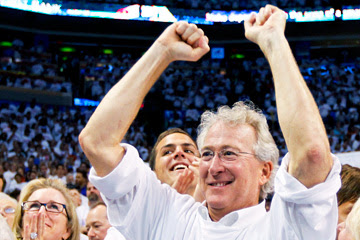 Recently Chesapeake Energy, the second biggest US gas producer, has been much in the news. The company has been having cash flow problems since its CEO Aubrey McClendon took a wrong bet on the direction of gas prices and bought back its hedges. This has left it exposed to a big decline in natural gas prices in the US and a market glut.
Why this is a cause for concern is because the company has large spending commitments which leave it facing a liquidity crisis. It has said it must sell assets worth between US$11.5 billion and US$14 billion this year to pay down debt and finance its capital requirements. Shareholder unhappiness with the performance of the CEO, some of the sweetheart deals and excessive compensation he has received from the company boiled over at the AGM on 8 June 2012. The two directors on the company’s slate standing for re-election were overwhelmingly rejected by shareholders. A majority of votes were also cast in favour of a nonbinding proposal to allow major shareholders to nominate board candidates. In another manifestation of shareholder anger, 80% of shareholders voted to deliver a stern reprimand to the company over its pay to and supervision of the CEO Aubrey McClendon.
McClendon recently also had to settle shareholder lawsuits over the company’s preferential treatment of him in 2008 when he faced margin calls on the stock he had borrowed to buy. This included having to pay the company back the US$12 million it paid him to buy his collection of antique maps which now adorn Chesapeake’s boardrooms.
The upshot of Chesapeake’s liquidity crisis is that unless the company achieves its asset sales targets, it may have to declare bankruptcy in order to get out of its capital commitments. The problem is that when a company faces cash flow problems, buyers tend to hang back in the hope that they may be able to get the assets cheaper if those problems get worse. Of course they face the risk that a competitor might step in to buy them, but by waiting, they might also learn of new potential contingent liabilities that might affect the value of the assets. Another possibility is that a suitor steps in to buy Chesapeake and makes what is known as a ‘takeunder offer’ where the price is less than where the stock price is currently trading. The well-known activist investor Carl Icahn clearly is hoping for a much higher takeover offer or a bidding war because he has accumulated about 8% of the company.  However there is still the risk that a bidder might wait for the company to enter bankruptcy and then make an offer at an enterprise value that leaves nothing for equity holders.
This brings us to Temasek and its holding in Chesapeake. It must sometimes seem to Singaporeans that the management of Temasek and GIC have an unerring ability to find every banana skin in the room and promptly slip up on it. That would be amusing if it was a slapstick movie, but not so entertaining when you know that these investments are financed through your taxes, lack of free education and healthcare while citizens in countries that you are indirectly helping to bail out receive theirs free.  They have also been financed by the relentless rise in government debt. In his Economics Society Dinner speech, PM Lee hinted this debt will have to be paid off through tax increases down the road because our overseas investments have not done as well as expected.
Actually Chesapeake does not look quite as bad as some of the other notoriously poor investments by Temasek and GIC that have been the target of so much scorn from Singaporeans. Temasek’s investment is at least in the cumulative convertible preferred stock which ranks above the common equity but carries no voting rights. The preferred stock pays a fixed dividend of 4.5% which might seem attractive in comparison to a common equity dividend yield of around 2%. However, unlike straight debt where a failure to pay the coupon would be an event of default entitling the holders to put the company into bankruptcy, the company can pass on the dividend if it does not have the cash to pay it. Missed dividends on the preferred stock accumulate and the backlog must be paid off before the company can resume paying dividends on the common shares.
So there is relatively weak protection for the preferred holders. It does have the benefit of being convertible into common stock. However the strike price for the conversion is around US$43 so at the last traded price of US$17 the equity option is quite far out of the money. Thus movements in the stock price will not have a big effect on the convertible price. This will be mainly determined by the likelihood that the company can continue paying dividends.
Temasek’s 2011 annual report says that they purchased S$700 million of the cumulative convertible preferred during the course of 2010. It traded between US$80 and US$100 over that period. Assuming they bought it around US$90, then at the last traded price of US$78.76 Temasek has ONLY lost around 12.5% of its investment (and that is before taking account of the dividends it has received since 2010). 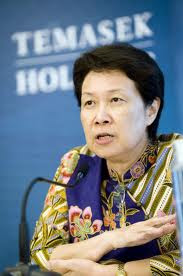 Posted by Helluo Librorum at 12:43 PM