By Kumaran Pillai and Cheong Yaoming
Published by The Online Citizen on May 31, 2012 (source) 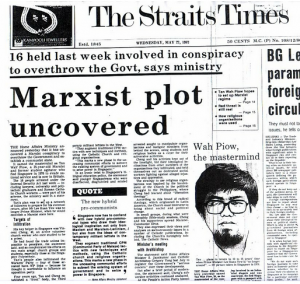 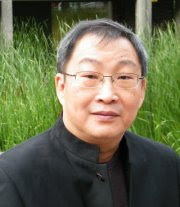 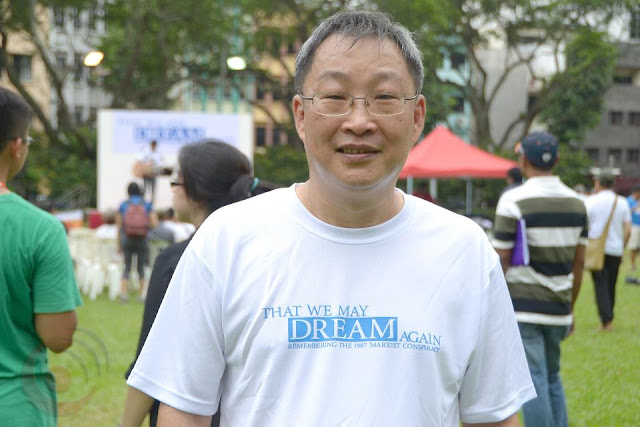 In 1987, a group of civil activists were arrested in relation to an alleged plot to overthrow the government through violent means and to bring about social revolution through Marxist inspired practices. Till today, the 16 of those who were detained without trial claim that they were innocent and have committed no crime against the state. Yet, the government is steadfast in their claim that these individuals were indeed conspirators and their intention was to "subvert Singapore's political and social order using communist united front tactics.”

TOC has previously published many articles on the ISA (including a full feature week in 2009) and shall continue to do so in the future. The ISA is seen as an archaic, outdated, outmoded, and a ‘sharp instrument.’ While some perceive that the ISA is even more relevant today than in the past (given the threat of terrorism related activities in the region) there are those who believe that ISA can be ‘misused’ for the political ends of any sitting government.

Some political observers say that the Marxists arrest of 1987 had a chilling effect on Singapore’s socio-political scene. People voluntarily withdrew from political activities and they traded political freedom to economic progress. Singapore did exceptionally well, economically, through the late 80’s and the 90’s. But, with an economy that is under pressure and because of the effects of globalisation, inflation, demographic changes and the growing wealth gap there is an increasing awareness that speaking up freely could at least be a beginning to solving these problems, to allow the best ideas a better chance of being aired.

With that in mind, I spoke to Tan Tee Seng, a former ISA (Internal Security Act) detainee. He spoke about the circumstances surrounding his detention, his political persuasions (then and now) and whether the ISA is still relevant in today’s political climate.

A session themed "That We May Dream Again – Remembering the 1987 “Marxist Conspiracy” will be held on 3pm to 7pm | Saturday 2 June 2012 | Speakers’ Corner, Hong Lim Park.


Related: Where are the "Marxist conspirators"? (here)
Posted by Helluo Librorum at 7:01 AM