Are we rich or are we bankrupt? 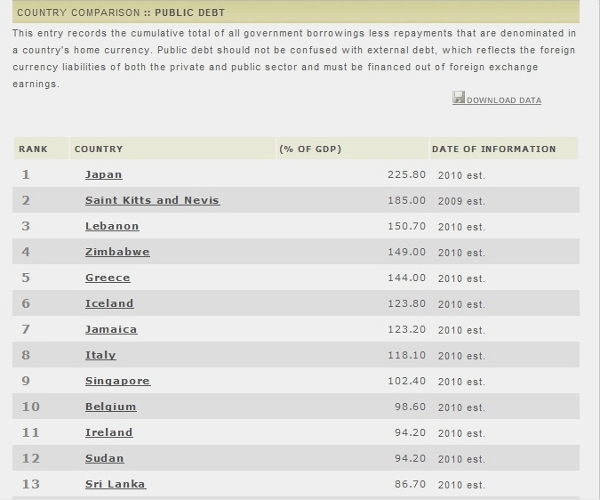 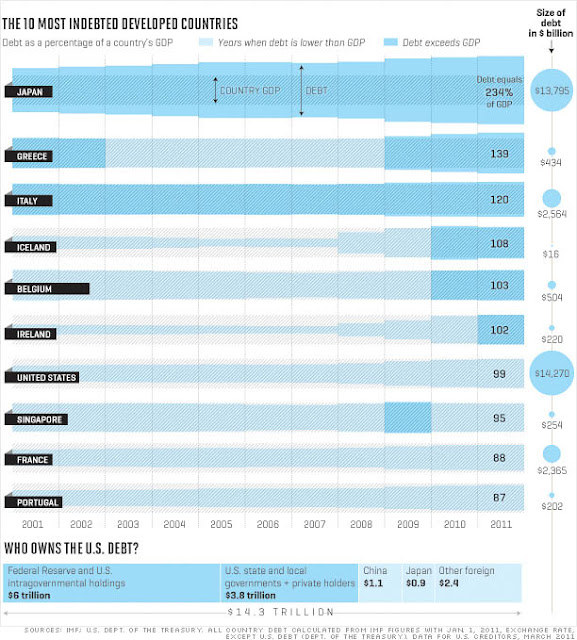 With the Presidential Elections just weeks away and the fact that the president is supposed to act as a custodian of our financial reserves, it is amazing that the state of our reserves and hence our nation's fiscal health is not more a subject of national debate.

How these reserves are deployed has a bearing on our financial well-being – a bearing much more direct and serious than people think.

The SDP has in the past raised concerns about the high level of public debt incurred by the Government. At 102.4 percent of GDP, this amount is the ninth highest in the world. In fact, Greece which is facing severe economic troubles is placed only slightly higher at fifth spot with 144 percent of GDP.
The public debt-to-GDP ratio is a measure of what a country owes as a proportion to what it produces. A high ratio means that it is harder for a country to pay off what it owes and that it is more likely that the country will default on its payments. This is the financial predicament that Greece currently finds itself.
What about Singapore? Is Singapore's situation as bad as it looks? Despite our high public debt, analysts say that Singapore is in a different category. This is because our economy generates budget surpluses most years and this surplus counter-balances the debt incurred. Therefore, on balance, our books show a surplus and not debt.

But why, if we are generating budget surpluses, would the Government need to borrow money and go into debt? At last count the amount of debt is upwards of $200 billion. And, equally important, who are we borrowing from?

Let's tackle the second question first. From whom is the PAP Government borrowing these large amounts of money?

The answer is us, the people. The Government issues debt instruments in the form of bonds, securities, Treasury bills, and deposits with the Monetary Authority of Singapore (MAS) which financial institutions buy.

One of these financial institutions is, of course, the CPF which uses almost all of our savings to buy these instruments making it the single biggest holder of Government debt.

So we have a situation where the Government is the debtor and we the people are, collectively, the creditor. With a twist, of course. A big one. In our case, instead of the lender setting the terms on when and how the debt will be repaid, in this case it is the borrower who decides the terms. And to add insult, the debtor keeps changing the terms of repayment.

Years ago when the CPF scheme started, we were able to withdraw our CPF funds at age 55. But the Government changed the law in the late 1990s, introducing the Minimum Sum Scheme which gave it the power to retain a portion - a huge portion - of our savings even beyond the age-55 limit. The amount started off at $80,000 and has been increasing every year. As of July 2011, the Minimum Sum is set at $131,000.

Singaporeans reaching 55 will only be able to withdraw any savings in excess of $131,000 (which the overwhelming majority of Singaporeans do not have).

It is only when one reaches 62 will one be able to start withdrawing one's savings – in monthly instalments of a couple of hundred dollars depending on how much one has in one's account. Of course, this is after the Government deducts another $27,500 more (as of January 2011) for Medisave.

After "borrowing" our savings, issuing debt as a collateral, the Government is now free to use the funds for whatever it deems fit. It invests this money mainly through the Government of Singapore Investment Corporation (GIC) and Temasek Holdings.

Through the years, these two conglomerates have invested in industries ranging from telecommunications to banks to hotels and everything in between. Domestically, it uses the funds to set up companies that deal with all kinds of businesses. To what extent and where these funds are parked no one quite knows because they are hidden from public view, especially those of the GIC.

There is still the question of why the Government needs to borrow our CPF funds when it generates a healthy budget surplus annually. The simple answer is that the money is there. By issuing securities and bonds at low interest rates, the Government avails itself to more than a hundred billion dollars of CPF funds.

With such a vast amount of money at its disposal for investments, Government officials can strut the world's stage and command fawning attention from the international business community that few politicians can.

Domestically, it places itself as employer, CEO and landlord to all that Singaporeans do. The next time you buy a house, watch cable TV, or buy your groceries chances are that you are giving your business to the Government. Not that you have much of a choice as a customer because most big local businesses are run, directly or indirectly, by the Government through GLCs.

The political control that the PAP derives from such economic dominance is what has kept it in unchecked power all these decades. For the PAP it is the perfect arrangement. It borrows money at low interest rates from the CPF at little or no risk. If it incurs losses, it doesn't have to tell the people. It simply changes the rules governing the return of the savings to CPF members. If it turns over a profit, it pays to the CPF an artficially depressed rate of around 2 percent.

Part 2:  How all this affects the average citizen  .
Posted by Helluo Librorum at 7:20 AM