My thoughts here are in response to this report on Yale's reaction to the Singapore court's conviction of Alan Shadrake.

Are open debates about death penalty so threatening to the Singapore governing and judicial establishments that such extraordinary (by global standard) measure of suppression is called for?

I believe that death penalty can be justified. I also believe that the Singapore society is ready to debate such issues as death penalty, euthanasia, and abortion. Social cohesion is not under threat with such inquiries and debates.

A true liberal education must cultivate fearless intellectual inquiries, free from taboo issues. Suppressing debates and inquiries in society can only be justified when violence and crimes are likely to ensue.

Therefore Yale's reservation about collaborating with NUS is well founded.

ps. Perhaps what is threatening to the authority is not debates on the death penalty, but inquiry into the independence of the Singapore judiciary, which has more reasons for being a taboo issue.

It is my belief that the nature of the Singapore judiciary, and its independence or otherwise, is a proper subject of intellectual inquiry in academia and in society. 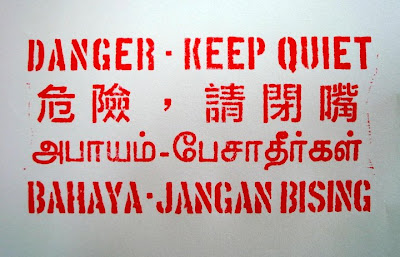 Posted by Helluo Librorum at 7:31 AM