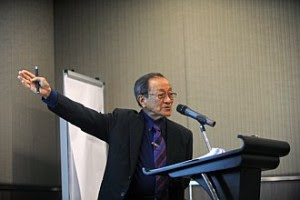 Professor Lim Chong Yah, who was a key architect of the economic restructuring exercise that overhauled Singapore’s wage system in the late 70s, said that the growing income inequality is approaching dangerous levels.

Prof Lim also noted Singapore’s over-dependence on cheap foreign labour. He said that Singapore now ‘needs shock therapy to wake up its economy’ and ‘the only way out is to restructure again’, in the area of wages of low earners.

Prof Lim is the Albert Winsemius Chair Professor of Economics at the Nanyang Technological University. He advocates for workers’ training and equitable wages and chaired the National Wages Council from 1972 to 2001, during which real wages grew at an average of 4.6% per year. He helped mastermind an economic shake-up from 1979 to 1981 that lifted wages for workers and helped Singapore move from a ‘low-skilled, low-value added and highly labour-intensive structure’ to one that used more technology and knowledge.

He attributed the opening of floodgates to foreign labour, to Singapore’s fear of being uncompetitive. The result was that the non-resident labour force increased from 300,800 in 1991 to 1.2 million last year, out of which only 1.7 per cent earned wages high enough to pay income tax. Not surprisingly, GDP expanded impressively during this period.

More worrying is the growing income inequality in Singapore, as measured by the Gini coefficient, which Prof Lim highlighted. Singapore was at 0.473 last year, perilously close to the danger 0.5 mark, ‘normally considered a dangerous line to reach, far less to cross’.

Income inequality has worsened as global forces pull up the highest income groups while cheaper foreign labour which has been flooding Singapore, pulls down the lowest income groups.

Prof Lim’s proposal, which he called ‘Economic Restructuring II’, includes substantially increasing wages for the lowest-paid workers and freezing top earners’ salaries for three years. He proposed that NWC should discuss such a restructuring exercise process.

Prof Lim was speaking at a lecture given at the Economic Society of Singapore yesterday evening (9 Apr). Prof Lim has made clear that he was merely expressing his own personal views.

With regard to the timing of such an exercise, he felt that despite the weak external economic condition, ‘this is the best timing’ for such a move given Singapore’s low unemployment rate and strong fiscal position.

During an interview after the lecture, he told the media, “I have no intention to destroy the investment climate. But if a company is labour-intensive and needs to import cheap labour it may think twice. For high-skilled companies that use a lot of technology, Singapore is still an ideal place.”

Speaking at a conference held in conjunction with the launch of the NTU’s Economic Growth Centre almost 7 years ago (26 Jul 2005), Professor Lim Chong Yah, a key architect of the economic restructuring exercise that overhauled Singapore’s wage system in the late 70s, warned the Government to tread carefully on relying too much on cheap foreign labour [Link].

Prof Lim then said Singapore had done well economically since its independence, leaping from a Third World country to a First World economy but it might also have been “too free” in letting in cheap foreign labour.

He said, “Maybe we should not allow a too free flow of very low value-added labour, very low-wage labour to Singapore.”

He added that such an “excessive supply would dampen the wage rate among the lower income people”.

“That will create another problem… it will contribute to the development of a very lowly paid sector in the economy, because we can get very cheap labour from the region.”

Unfortunately, this was precisely what the Government did in the next 6 years or so by opening the floodgates to bring in a lot of labour from outside stimulating “high growth” in Singapore.

This was in part due to the general success of the general election in 2006, which “emboldened” the PAP Government. In the 2006 GE, PAP won 82 of the 84 seats with a respectable 66.6% votes (37 seats were won through walkovers).

With the full backing of the votes and seats won, PAP embarked on a huge population expansion programme by massively importing foreign labour.

The big increase in number of foreigners affected the quality of life for Singaporeans, competing with Singaporeans in jobs and resources, and not to mention depressing the wages of Singaporeans.

By 2011, Singaporeans were visibly fed-up with the PAP Government’s over-liberal foreign labour policies. It showed in the general election of 2011.

Angry Singaporean voters began to speak out against PAP Government and voted against the PAP. For the first time since the independence of Singapore, all the constituencies were contested in 2011 GE with the exception of Tanjong Pagar GRC which was walked-over due to technicalities – the opposition team was disqualified as the nomination papers were submitted 35 seconds late. PAP scored the lowest winning of % votes (60.1%) in the history of Singapore and lost 6 seats to the opposition.

Furthermore, also for the first time, PAP lost a GRC with two full PAP cabinet ministers kicked out in an election. Not only that, three other PAP cabinet ministers were indirectly affected. Even though the 3 have won the election with low % votes, Raymond Lim, Wong Kan Seng and Mah Bow Tan, were forced to step down due to public anger at their missteps in their respective ministries. To appease the public, PM Lee even quickly formed a pay review committee after the 2011 GE to look into lowering the ministers’ pays.

7 years later, at yesterday’s (9 Apr 2012) lecture given at the Economic Society of Singapore, Prof Lim now made another observation and warned that the Singapore’s growing income inequality is approaching dangerous levels. He said that Singapore now ‘needs shock therapy to wake up its economy’ and ‘the only way out is to restructure again’, in the area of wages of low earners.

He said, “I have no intention to destroy the investment climate. But if a company is labour-intensive and needs to import cheap labour it may think twice.” 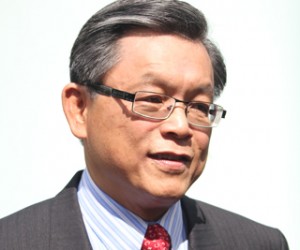 Professor Lim Chong Yah’s “shock therapy” proposal brought back fond memories of my time at the heart of national economic and manpower planning in the Ministry of Trade and Industry. It was the early 1980’s. I was the secretary to the late Dr Albert Winsemius, Singapore’s economic adviser, who visited us about two times a year to review the economy. This was the time of the year when he would advise on the government’s position at the annual National Wages Council negotiations. I sat on the NWC as alternate member to my permanent secretary Mr Ngiam Tong Dow, providing economic inputs to the Council which had representatives from employers, trade unions and government. Prof Lim was the chairman then.


We were candid with our analysis of the serious problem of severe manpower shortages and the economy’s increasing reliance on lowly paid foreign workers. Prof Lim was completely supportive of the proposal to restructure the economy by raising wages substantially to dampen employers’ demand for lowly paid workers. He succeeded most admirably in rallying the Council’s members including employers’ representatives, behind the economic restructuring plan.

The high wages did not hamper economic growth as the GDP continued to grow at around 10 per cent a year in the subsequent few years. When the regional recession in 1985 hit Singapore badly, controls on the inflow of lowly paid foreign labour were eased, resulting in a steady increase in the non-resident workforce from 119,500 in 1980 representing a mere 7% of the total number of workers, to 1,157,000 in 2011, a proportion of 35% of the overall labour force. A whopping 5-fold increase in foreign worker dependency! Not surprising, wages of the bottom 10 to 20 per cent of Singaporean workers stagnated or even fell. As wages fell, profits went up, enabling companies to pay huge bonuses to their top executives, further widening the income gap and magnifying the economic inequality in society. What a double whammy – rising dependency on foreign labour and falling wages of Singaporean workers, the exact opposites of the twin objectives of economic restructuring that was started 33 years ago!

No wonder Prof Lim was frustrated and as one of the principal architects of economic restructuring, had every right to be angry about the misdirection of the economy. And anger was barely disguised behind his latest “shock therapy” proposal which he described as Economic Restructuring 2. The approach of using substantial wage increases is similar to that of the 1979 economic restructuring but since the latter’s twin objectives had not been achieved to this day, his “shock therapy” should rightly be described as Economic Restructuring Delayed 33 years!

I regard Prof Lim’s proposal of raising wages by 50% for workers earning below $1500, and freezing the wages of those earning more than $15,000, as probably a bit too broad-based and non-discriminatory. I prefer a targeted approach of a minimal wage policy so as to reign in employers’ demand for cheap foreign workers. At the same time, we should remove the current policy of allowing foreign professionals to come to Singapore for twelve months to look for a job as they could depress the wage levels of Singaporean professionals if the former become desperate in their search for jobs.

As for fears that reducing the number of foreign workers would shrink the size of the Singapore economy as companies reduce the scale of their operations or even move out of Singapore, let me say that the government should not stand idly by doing nothing but be proactive in promoting economic restructuring by creating jobs and enterprise in a new Singapore economy. In my economic essay published last year (http://tanjeesay.files.wordpress.com/2011/06/new_singapore_economy_-_summary_extract_15_feb_20114.pdf) , I had proposed a $60 billion plan to regenerate the economy to provide jobs that Singaporeans want and that will make use of their education and skills. This National Regeneration Plan will more than make up for any shrinkage of economic activities arising from a reduction of foreign workers.
A minimum wage policy and a $60 billion National Regeneration Plan are a bold 2-prong strategy to achieve a sustained and long lasting restructuring of the Singapore economy that will benefit all Singaporeans. With our educated workforce and huge fiscal reserves, we have the resources and a duty to our next generation, to embark on this worthwhile journey now and not wait for another 33 years. And I say to the government, let’s do it!

* Jee Say was a Presidential candidate in the 2011 Presidential Election. Reproduced from www.facebook.com/TanJeeSay


Related: Breaking out from the cycle of cheap labor and low productivity by Lucky Tan (here)

Posted by Helluo Librorum at 12:54 AM