Posted by theonlinecitizen on February 6, 2012 (source) 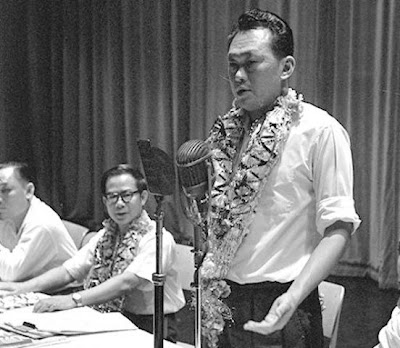 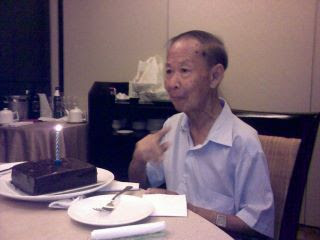 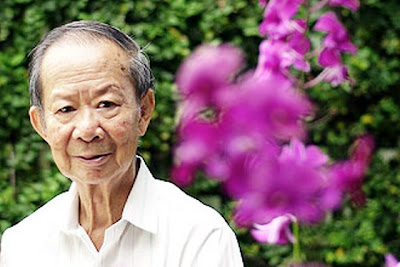 With the passing away of Dr Toh Chin Chye, many have come forward to express gratitude for his immense contribution to the country. Some from the opposition and the civil society also have expressed their admiration for him.

Mr Chiam See Tong for example paid tribute to him saying, "I admire Dr Toh for how he fought for the independence of Singapore from the British, and then helped our country to move forward after our separation from Malaysia. He was the epitome of dedication to and sacrifice for public service, and will be remembered as one of Singapore’s key founding fathers."

Think Centre, a human rights NGO said, " The Singapore that we and future generations know in history, whom live comfortably in and runs efficiently of today and tomorrow, could not have materialised without Dr Toh Chin Chye's dare to challenge and progressive spirit and doing", in paying tribute to Dr Toh.

Even the Singapore Democratic Party, which is rarely sympathetic with anything PAP, expressed their condolences to the family of Dr Toh Chin Chye.

But while we remember and appreciate Dr Toh for his many contributions to the nation, we must not forget that he was only human, which means that there were shades of grey which must be talked about, in remembering the man.

For example, in 1974, when Dr Toh was the Vice-Chancellor of Singapore University, immigration officers accompanied by riot police conducted a pre-dawn raid at the university's campus, detaining and deporting six students who were active in the University's student union.

This action was in contrast to what Dr Toh said in his national day message on 3 August 1987, to his constituents in Rochore.

In his message, Dr Toh lamented that after 30 years, Singapore could still not tolerate dissenting voice. In recalling that he was a dissident once with some others in the PAP, he said that he worked 'hand-in-hand' with the communists and the Marxists.

When he said that he himself had read Marx, it warranted a reply from Lim Boon Heng, who said, "As far as I know, the young Dr Toh never advocated a Marxist state, nor the classless society", because that statement by Dr Toh, seemed to imply that he was sympathetic to the alleged Marxist Conspirators (or perhaps even believed that they were no conspirators) , who were detained by the government of Singapore in may 1987.

Another noteworthy incident is, in September 1979, Dr Toh advocated that schizophrenics be sterilised, as he said that that was the only way to prevent schizophrenia from being inherited.

Being an academic, Dr Toh had probably referred to the studies of Gottesman and Shields and Heston to come to the conclusion that there is a genetic link for schizophrenia, and because he believed in improving the genetic composition of the population, he advocated it.

The Singapore Medical Association was swift in cautioning against this advocacy for sterilisation by Dr Toh. SMA said that sterilisation for schizophrenics should be voluntary and that they should not be cajoled or coaxed into it.

A prominent psychiatrist also spoke up against this proposed initiative of Dr Toh saying that the degree of schizophrenia varied from case to case and that there had been cases where the patients had totally recovered. To deny anyone the opportunity of fathering or mothering a child is in itself an added 'burden' which could increase the schizophrenics' suffering, the psychiatrist cautioned, and added, "to deny these people the right to father is not right".

But Dr Toh was not the only one from his generation of leaders to hold to this belief of improving the gene pool of Singaporeans by discouraging reproduction by persons presumed genetic defects, or of having inheritable undesirable traits.

Mr Lee Kuan Yew too held to this belief. And this belief was the reason for the anti-natalist 'Stop at Two' policy of the PAP government in the early 60s and 70s; and the Graduate Mothers' Scheme, mooted in 1984.

This belief in the superior gene pool also gives rise to the belief in racial superiority.

Speaking at a Chinese New Year celebration, Mr Lee Kuan Yew had said, Singaporeans should accept immigrants or " the population of Chinese Singaporeans in the next generation, 18 to 20 years, will half".

One need not be surprised that Mr Lee said this because Mr Lee's belief in racial superiority is not new:


History tells us that there were at least two occasions where Mr Lee wanted to resign as Prime Minister, and that Dr Toh could have chosen to become the PM if he had wanted to.

Would we have seen a different Lee Kuan Yew and a different Toh Chin Chye if the roles had been reversed and Lee Kuan Yew was made to step down from the cabinet earlier for the political renewal process, instead of Dr Toh?

It was Lee Kuan Yew after all who had said as an opposition leader in 1956:

"Repression, Sir is a habit that grows. I am told it is like making love-it is always easier the second time! The first time there may be pangs of conscience, a sense of guilt. But once embarked on this course with constant repetition you get more and more brazen in the attack. All you have to do is to dissolve organizations and societies and banish and detain the key political workers in these societies. Then miraculously everything is tranquil on the surface. Then an intimidated press and the government-controlled radio together can regularly sing your praises, and slowly and steadily the people are made to forget the evil things that have already been done, or if these things are referred to again they're conveniently distorted and distorted with impunity, because there will be no opposition to contradict."

Posted by Helluo Librorum at 7:07 AM