Posted by theonlinecitizen on August 14, 2011 (source) 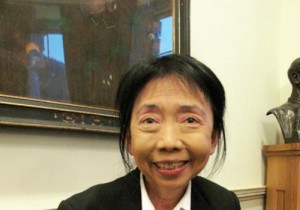 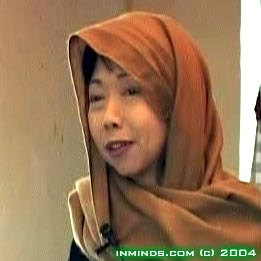 Dr Ang Swee Chai, a prominent surgeon and author of From Beirut to Jerusalem has now written about her arrest and detention without trial under the ISA in 1977. She was one of at least 28 people, mostly professionals, who were arrested and labelled as Euro Communists by the PAP government.

Dr Ang was arrested on 15 March 1977, one month after Tan Jing Quee was arrested. At the time of her arrest, her husband of two weeks, Francis Khoo, a lawyer had escaped to London after many of their friends were arrested and imprisoned. Both she and her husband now live as exiles in London. The documents and photographs seized have not been returned to them.

“On the morning of my arrest, I was operating, when one of my colleagues came to tell me that a number of plain clothes policemen were looking for me. I told him that I got to finish operating on my patient before I could see them. They waited outside the operating theatre, maybe about 10 of them altogether, since we left in 2 cars. One of them wanted to hand-cuff me, but I told them I was not going to run away, and could not anyway. Furthermore they should not lead me with hand cuffs through the crowded hospital corridors for everyone to see, since some of the people sitting along the corridor were my patients.

“They took me first to our own flat. We were married 2 weeks prior to this and had just moved into this flat. They started going through all our things, taking a whole lot of documents and books away, and helped themselves to our wedding photos. Then they went to Francis’ mother’s house and took away Francis’s things. Next they went to my parents’s house to search. It was in the late afternoon when I was finally taken to Whitley Detention Centre. I was made to change into canvas/linen prisoner’s clothes, and all my own clothes – including my bra and watch were taken away. I was thumb-printed and had photographs taken with my prison number which was 116. From there I was taken straight to interrogation. It was hard to know how long I was interrogated, since there was no clock, and my own watch was taken away. But since there was about 9-12 change of shifts I must have been questioned initially for at least 72 hours. The interrogation was conducted by about 6 male officers with one female officer watching in each shift.

“There was initial banging of tables and threat that they would throw the key away for ever, and no one can get me out. They accused me of being a communist and a terrorist! The room was cold and I was shivering. I was then given strong tea with sugar and no milk, which coupled with all the threats sent my heart rate thumping.

“After what I thought must be the first 72 hours of continuous interrogation, I was taken to a small cell, no mattress, and the door shut. Lights were on. There was a small window in the door which was shut. As I sat on the cement floor, a Gurkha brought me rice wrapped in brown paper. There was one tiny fish, and I just could not eat anything. I was then taken to the toilet, but not allowed to close the door. By this time I was well and truly constipated. I just could not use the toilet with Gurkha soldiers standing guard at an open door. After that I was taken to an enclosed field and told to exercise for about 10 minutes.

“Then I was taken back for interrogation by yet a new set of officers. I was given lots of blank paper and questioned about Francis. I must have spent a couple of days being questioned, and writing and re-writing pages on Francis – most of what I wrote I remember was trivial initially. But later it was clear that what they were after was for me to implicate Francis as a terrorist. This I refused to do, as I know Francis was not. Then they put it to me that Francis had been lying and hiding things from me. They told me they had evidence to support their allegations, but could not show me.

“After about another 48 hours I was taken back to my cell. This time I was given fried Hor Fun by my case officer, who told me that my boss, Mr J E Choo, the Head of Outram Road General Hospital had rung the head of the ISD asking what they wanted with me. Apparently he had recently operated on the head of the ISD. The late Mr J E Choo was Senior State Surgeon and extremely well respected. This phone call I suspect had improved my deal.

“I was also given a mattress on the floor of my cell this time and told I was to sleep for two hours. Once the door shut I burst into tears, but then stopped since I thought I could be watched, and it was stupid to cry. After this time when I was again taken out for interrogation, the officers seemed friendly and polite, and advised me that in order to save my marriage I should go to Europe and persuade Francis to come back. They emphasized that apart from the shock of being suddenly picked up, I was treated well, and since I was able to go through with this, I should challenge Francis to go through this as well. I think they call it ”coming clean”. Of the pages and pages I have written, I signed some of them. The officers explained that I was a reasonable middle class professional (division one officer) and they could talk to me without resorting to using force, and it was easy to work with me. But with labourers and workers they usually had to beat them up to get co-operation. They gave me the impression that I was sensible, co-operative, not a terrorist but misled by my husband, and they wanted to help Francis correct his “deviant” ways before he get into very deep waters! They also told me not to worry about the hospital since it was also part of the civil service as the ISD was, and they had applied for me to have a fortnight’s leave, so nobody would query where I went, and as few people should know that I have been “picked up” by the ISD as possible. I somehow never challenged them about my doctor colleagues, who saw me being taken away in broad daylight from the hospital.

“When I was released a week later, it was surreal to see the metal gates of the detention centre closed behind me and getting into a taxi to go home! I knew that Francis had escaped to either Holland or London, and I had promised the ISD that I would go to Europe to talk to him. Despite all their assurances, I had made up my mind that I would not want Francis to come back to be interrogated, as I suspected he would be badly treated. The ISD officers laughed when I became defensive at one point and told me that I should not worry since they would not beat me up - Francis would see the bruises and make an issue of them, they told me.

“So this is my brief account of an encounter with ISD. Apart from getting some information about Francis, this arbitrary detention was not only unpleasant for me personally but a criminal waste of police resources and taxpayers’ money. Through this incident, I realised that despite being a division one civil servant, I could be put behind bars without charge, with no access to the outside world and could have disappeared with no one knowing. I was fortunate to be arrested in the hospital during working hours, and my colleagues who saw the arrest had told Mr Choo, my boss and he chose to intervene. If I was arrested in the middle of the night from my home, and there were no witnesses, then I could have been locked up forever as the ISD threatened. Even now I frequently ask myself, what kind of society is this who treat her citizens in this way.”

Dr Ang Swee Chai  on the relation between her politics and her humanitarian work for the Palestinians (on BBC HARDtalk on 16 August 2011).