Tan Jee Say: I wish I had been given more time 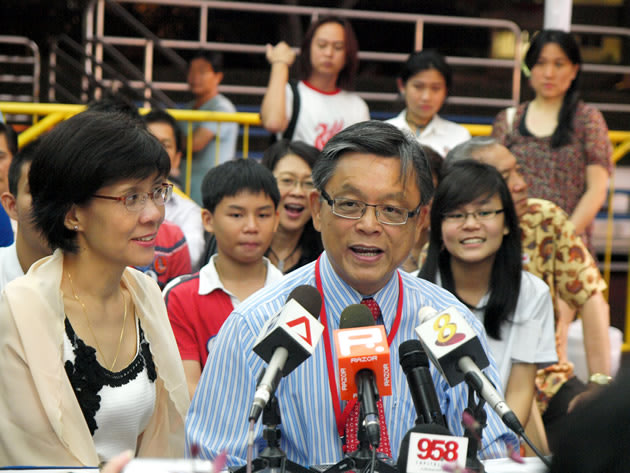 Tan Jee Say says he wished he could have been given more time to correct the impression in the media that he was "confrontational."

The Presidential candidate, who conceded the elections shortly before 2am, insisted that this was not the case.

"I could not have achieved so much in the government and private sector by being confrontational," said the former principal private secretary to former PM Goh Chok Tong.

"That's the image that was created, but it was certainly not an image that is true to me. Obviously I come in with an intention to ask questions, and asking questions is not being confrontational."

"I was prepared to give answers to questions and I did not want to hedge here and there like some of my opponents, waiting for more information and all that," he added. "So that is where I stood and I wanted to be clear, to be fair to the voters what they're voting for." 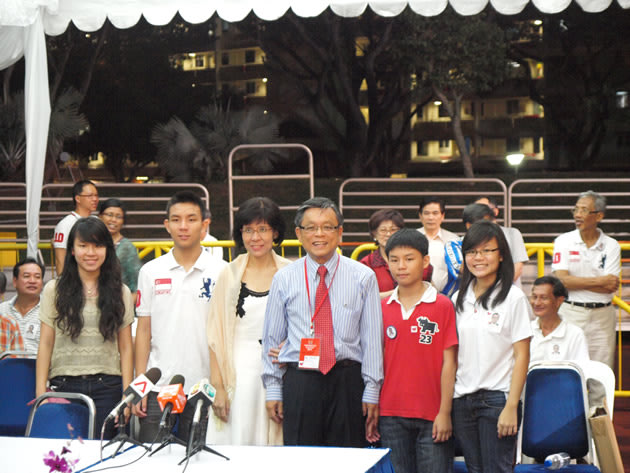 The former Singapore Democratic Party member, who also lost in the Holland-Bukit Timah GRC during the May elections, said, "The period of campaigning is quite short… I wish I had been given more time to explain to the people so that I can have a better vote share."

"We saw that awareness picked up mid-way through the campaign. More people know more about me and what I stood for, and I was able to respond to many of the criticisms, allegations against me."

A campaign period of three months would have been ideal, he added. "So that we don't have to be so intense over the nine-day period… I think a lot of countries do that, and then you can scrutinize the candidates even better."

When pointed out that his opponents worked with the same nine-day campaign period, Tan said that while timing was common to all, "someone has got a better advantage because of what he has done. So he has the natural advantage over the rest."

Tan also wished he had "better coverage in the media".

"I think the media, one particular newspaper, has tried to paint me as confrontational, right up to the last day. So I think that is despite my trying to say that I am not," he said, to which a supporter was heard shouting "Straits Times no good!" in the background.

The candidate had repeated several times during his campaign that "challenging does not mean confrontation."

"That's the thing, I am not confrontational. But it's the image that has been created, I have not gone out into the streets to wave my hands and throw stones."

Tan added that he thought he "should be given a newspaper permit to start another newspaper," if given a chance.

Tan also said that he "would have preferred Dr Tan Cheng Bock" to cheers from supporters at Bedok Stadium, when asked to make a choice between former Deputy Prime Minister Tony Tan and the ex-PAP member and Ayer Rajah MP Tan Cheng Bock. This was before the official release of results by the Elections Department.

He added that he had no regrets by distinguishing himself as an "independent voice" during his campaign.

"The overwhelming majority did not want to be a government-sponsored candidate," he said.

Estimating his vote share to be "in the 20s", he insisted that it was still a victory for him for three reasons.

"First of all, I widened the space for candidates to put themselves up for the campaign. I also created a better understanding of the role of President."

"Thirdly, I put forward ideas on what causes disunity among Singaporeans," said the candidate, who ran under the campaign slogan of "Heart for the Nation".

He congratulated the newly elected President and said he hopes the President can take advantage of the issues that were raised and use his moral authority to do better for Singapore, instead of being "restricted to the specific role of the President, as specified in the Constitution".

As for what is next for him, Tan Jee Say declined to commit on his next step, preferring instead to "first talk to my supporters to see what kind of role I can play in public life."

In a short thank you speech, he asked for supporters to "continue to walk with me side by side on our journey, as we write together the next chapter of the Singapore story".

Tan Jee Say's final concession came about an hour after he asked his supporters at the Bedok Stadium assembly area to "go home and rest" if they were tired.

He admitted then that it was "neck and neck" between Dr Tony Tan and Dr Tan Cheng Bock.

Addressing a small but vocal crowd of supporters, the investment adviser said, "Whether we win or lose, we have already won Singaporeans with our heart."

"By standing up to be counted, we already gave Singaporeans a voice," he added. "A voice that has been heard and will continue to be heard."

"Singaporeans are asking for a government that is transparent, just and sincere. It is clear that the government can no longer expect unquestioning obedience from its citizens. The integrity of its governance must be proven, and the trust of the people earned and not taken for granted."

Said NSP's Nicole Seah, "The reason why all of us supported him was really because he has shown that he understood the diversity within our society and he was willing to accept that and that’s what I appreciated him for."


"It was a very good fight," added Seah, who volunteered as a counting agent in the East where she said “Mr Tan Jee Say actually came in a very close second in quite a number of stations”.

"While we hope that he could have been our next president, we accept the results and I think that we can look forward to greater things," she said.

Another supporter who had stayed on at Bedok stadium told Yahoo! Singapore that he "expected him to lose even before the elections but he made it a point to speak up for some Singaporeans," which was "very courageous of him".

Netizens were evenly split about Tan Jee Say's supposed forceful style, which came to the fore at least twice during the campaign when he notably clashed with Tony Tan over the issue of the Internal Security Act and the national reserves.

"Our ruling party is such that they need confrontation in order to listen... Hence a lot of smear was directed at TJS. Perhaps this is where it went wrong," wrote Shah Rizal Baharudin on Yahoo! Singapore's Facebook wall.

"It's his assertiveness that I like about him," said another reader Teo Boon-Pin, before adding, "He is in fact saying that the media has wrongly portrayed him."

But another netizen, Mei Ling, said the 57-year-old candidate should have put his best image on right from the start.

"This is an election for a president of a country. Since he decided to run for it, he should have put forward his best image right from the very start. His ambitions on the nation reserves made people worried," she wrote.

Eugene Yuhin Wong also said that "Tan Jee Say would have made a good MP, but a President is not his thing for now."
Posted by Helluo Librorum at 11:04 AM