It is clear that the Internet-savvy Singaporeans favour Tan Jee Say as the next President. The great unknown is how the rest of the electorate will vote.


ps.  From The Online Citizen (here):

On 24th August, we asked our readers who had watched our ‘Face to Face 2: Presidential Forum’ (F2F2) videos to take a survey which asked three questions.
The 3 questions being:

According to this survey, Tan Jee Say is the most popular candidate as more than 65 per cent of the respondents to this survey indicated that they intend to vote for him. 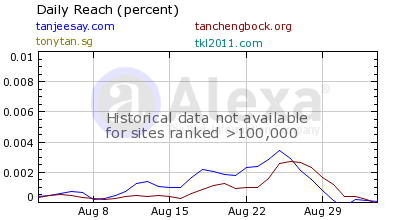